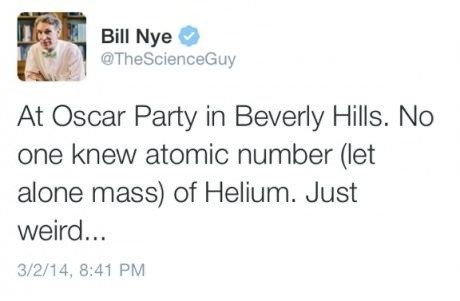 Don’t worry, Bill Nye. We know all about Helium here.

Yttrium: My ex-husband disappeared in the floorboards.

I could have sworn I saw him when the game first opened, and then *poof* in the floorboards. Resetting him didn’t work.

Nervous: And my mother always told me not to eat off the ground…

Yttrium: Maybe if we built a rocket it would fix you.

Yttrium: Because rockets are awesome.

Palladium: Graduation time? You fixed it?

Good news is that Palladium was voted most likely to take over the world. And graduation made Nervous come back!

It’s finally good for something!

Ruthenium: I graduated too!

Good. Go make little cousins for this generation’s heirs. I have SP installed so get to it.

After graduation, Palladium went to do an opportunity at the grocery store, and this happened.

That’s Palladium’s grandma, by the way.

Palladium: I’m getting there… how many greats is it again?

Grim: Well, since your mother had you with Nervous Subject, you drop all the greats and call me ‘grampa’ again.

And then off to collect Olive’s grave because she’s kind of part of the family. And I think she’d be fun to have around.

I mean, in Sims 2 she was supposedly an elder when Nervous was born…

And Nervous Subject doesn’t even care that his mother died.

Palladium: Remember how you were going to set up a graveyard for us?

… I’ll get on that. Eventually.

She seriously goes to mock her still-warm grandmother to a random guy.

Cornell (?): While I don’t approve of you mocking the dead, you’re still charismatic so I’m attracted to you.

Palladium: I’m told that my charisma makes up for my detestable personality. : )

I feel like I missed something. *checks scorched moodlet* From LIGHTNING?

Yttrium: You missed a lot. o_o

Nervous: Might I say that you look stunning! Get it? Electricity?

Yttrium: I want another wine rack.

Someone in your family just died! … and you have like six, Yttrium.

I think something’s wrong with his shoulders.

Laurel: I have to keep that ghostly flab off now that that Olive bint is sidling up to my husband.

I’ve been keeping the moon set on a single phase to keep the weird glow at bay, but I got a mod to get rid of it! 😀

I should have kept you in the floor.

Aww… why are they in the same bed?

Oh, Krypton stole Yttrium’s bed and she didn’t want to sleep with her dead father.

It is pretty dang adorable.

Palladium: Who are you?

Palladium: You don’t have wings.

Paul: I got a job in the criminal career and had to have them torn off to keep our intimidating image.

Palladium: My grandma died, and all she wanted was… *sniffle* to see her great-grandchildren.

Palladium: No, dumbass. That’s your job.

Paul then left and now I can’t invite him back, or invite anyone who’s not a local sim over. The game says I need to wait for him to leave but, as you can see, he is GONE.

Yttrium: Don’t worry baby. Just bide your time until the option to call him back over comes back.

Palladium: *sniffle* Okay… I *do* have an opportunity to learn martial arts I can work on…

When Palladium and Nervous are at work, I’m stuck watching Yttrium. Isn’t that how you got shocked the first time?

I cheatsy bought the martial arts gear, since I don’t trust World Adventures 100% still. It killed my family once and I won’t forget that.

Since Palladium hates the outdoors, I had to squeeze her new things inside.

Palladium: *fails at breaking board*

That is STYROFOAM… you’re almost halfway through your athletic skill!

Palladium: Styrofoam is my weakness. : (

Teddy Bear: Look out, we got a badass over here!

See? He can’t be selected!

… and Strontium got together with an elderly woman who won’t give us little Mendeleevs. : (

I think she’s pretty close to being a face one, too. Booooo.

Ignore the user fail in the corner.

Palladium: *wishes to be friends with father*

… We can try, but she’s almost all the way in the red relationship-wise. And that’s a very not-evil wish.

Yttrium: You missed me being zapped again! I discovered electricity!

Yttrium: Ellie would be SO PROUD.

Palladium: I want to buy you flowers. It’s such a shame you’re a boy. But when you are not a girl, nobody buys you flowers.

His face is… interesting, but he has the ability to give Palladium an heir so we’ll take him for now.

Mitchell is not happy because he has a girlfriend named Bonnie.

But Palladium is charismatic as all get out so she’s able to persuade him.

This meeting of the Ministry of Silly Walks will now be adjourned.

Cyrano: Back to being an elderly woman’s forgotten doll! : D

Enrolling in university=instant pregnancy test. And you don’t even need to pee on it.

3 thoughts on “The Case of the Disappearing Men”