In this chapter of the Mendeleev ISBI, since I’ve remembered my previous plans and the children are getting old enough for outings, the Mendeleevs will be going on their first family outing! Yayyyy.

Rubidium: Daddd! Why would you clean up the dishes when there was still food on them. Even if it was just bits of rotten lettuce and tomato.

Krypton: I’m too tired for this right now. Today just does not seem to be his day.

Lucky: Ooh, look! I’m Ruby’s dad and I just got BLASTED in the face with a stream of water! Bahaha!

Rubidium: Can you shut up and let me do my homework?

Strontium is just about ready to age up to child, so we can make do with two cribs for the time being.

Laurel: I just thought I’d put the baby in…

Rubidium: The shower is broken.

Rubidium: THIS MAKES ME VERY ANGRY! 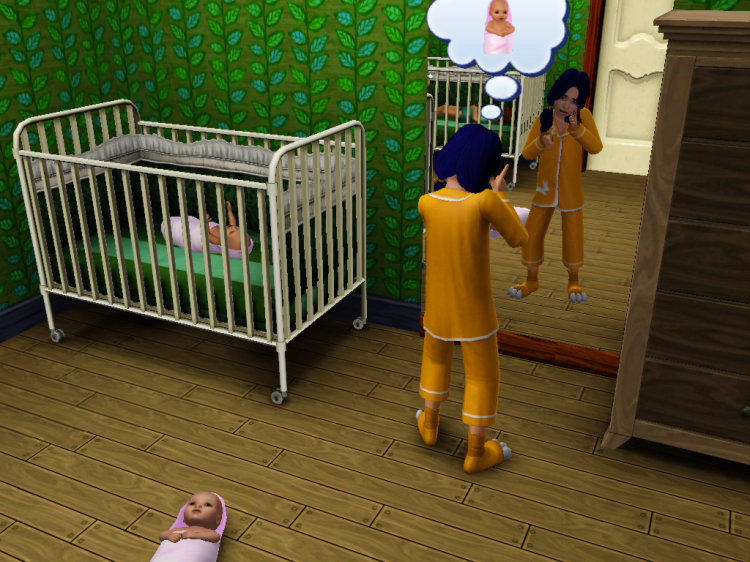 She then goes to play with the mirror in the kids’ room.

D8 Rubidium, I think you just crossed a line there…

Good Gal Laurel actually takes care of the baby today instead of painting. Wilhelmina (who will henceforth be Mina if I’m feeling lazy): Awesome! I like pouncing them and hearing them squeak in terror! They’re good practice for larger game. Rubidium: Hell yes, just gonna ignore my hosts on the swing until curfew! Remember how I said Ruby has no friends? Yeah? Well, here’s Krypton trying to befriend her, since their relationship’s drifted since she became a child.

Oh, and there’s Strontium in the back. #whocares

Strontium: That was hurtful.

Sorry. His new trait is, um… *starts up game* Well, he’s perceptive, never nude, and athletic. I’m sure if I went back I would be able to find out which was the new one, but *shrug*

He’s a little cutie patootie, though. Why did I take this picture? I am not sure. Maybe to show that Strontium actually cleans up his messes.

Rubidium: But there was food on that. ;_;

Laurel tries to steal the kids away from school with a ghost story, but they are having none of it. Good call, kids.

Rubidium: I want a chemistry table.

Laurel: I’ll fight you for it. 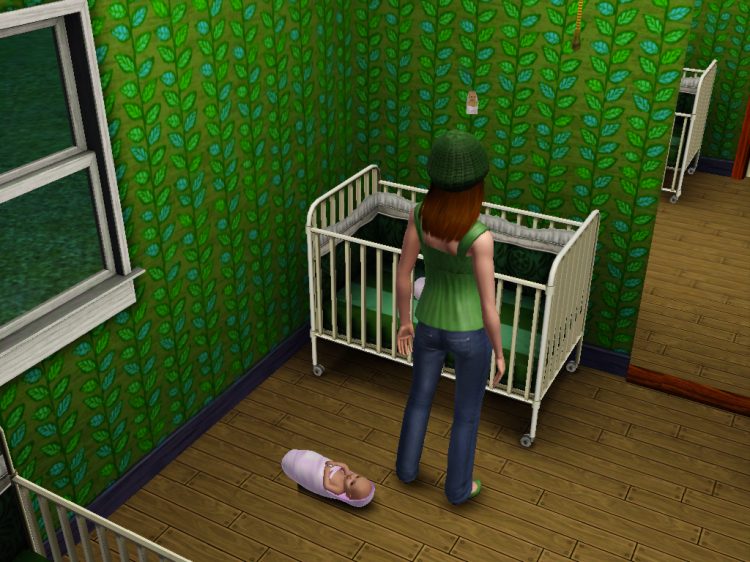 Birthday times for the twins!

Your husband had 3 out of 4 wish spaces having to do with having kids. Pretty sure this is Yttrium. *checks* Yup.

Post makeover. Her arms refuse to bend as she plays with blocks.

Yttrium: I has elbow pwoblems!

I apparently don’t have any pictures of Zirconium, but here are the twins with their matching IFs, Stars and Stripes.

I was having a tough time thinking of match-y names when I named them, but still wanted to go with match-y names. What’s a simmer to do?

The first family outing is to the beach, which I regretted pretty quickly. The twins were left home as there was not much for them to do, and I didn’t want to cut the outing short to put them down for nappies.

Rubidium: I bet I look funny dressed like a princess at the beach.

Rubidium: I’m like Melody from Little Mermaid 2, returning to the sea.

Why are you referencing a sequel?

Rubidium: This legacy is a sequel.

Strontium tans like a boss. Except I don’t have Seasons installed anymore. : /

Let’s just stand knee-deep in the water without changing out of our jeans! Where are you going?

Rubidium: Away from these losers. Meanwhile, Laurel tries to see how far she can swim while completely submerged in water.

You see why I regret this, now? Drowning is like the only way a sim child can die. That is how far out Rubidium went. Please don’t drown. D8

Burglar: And now to swim back to my secret underwater lair! The cops will NEVER catch me!

I tell Krypton to make some hot dogs to try and lure his family back to the safety of dry land. Um… where did those come from?

Not you too, Strontium! 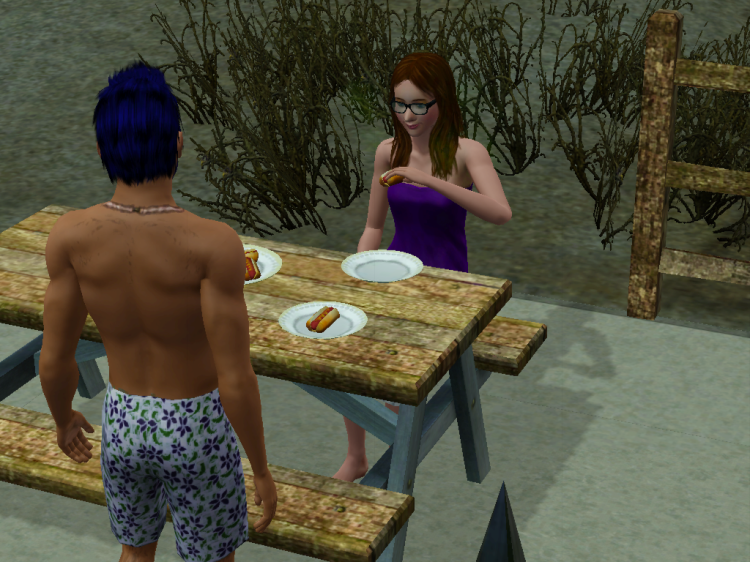 Unfortunately, Krypton’s bait only lures his wife back to shore, since the kids aren’t technically part of the ‘group’. Which I feel is a lack of planning, the ability to have other adults at your beck and call while the sim children are allowed to roam free.

Laurel: The kitchen is disgusting.

Going to do something about it?

Laurel: I think I’ll paint instead. Meanwhile, the kids are swimming and I’m praying they don’t drown.

In hindsight, I could have used Strontium’s child interaction to get him to shore, at least. : /

But at least she’s out of the water, and therefore safe. Rubidium: That ghost couple traumatized me, so instead of eating I’m going back in the water. It was about midnight in sim time when the kids finally started heading out of the water and going home. Never again am I taking them to the beach. NEVER AGAIN.

8 thoughts on “Life’s A Beach”