It is now time for a very brief update on what’s happening with the main family… very brief because I was only concerned about the graves at that point.

Too bad. Go check the graves.

These two townie people happened to be checking out the graveyard.

Pay some respect to the dead, sir!

Man: But there aren’t any graves. 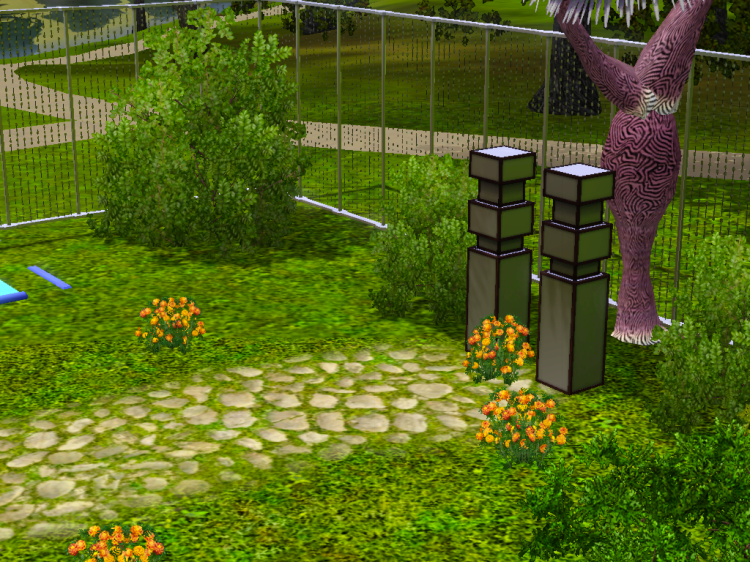 They’re not in front of the house, either!

Lois: Or in the mausoleum.

In a last-ditch effort, I went to my backup save of this town (ALWAYS KEEP YOUR BACKUPS) and checked again. 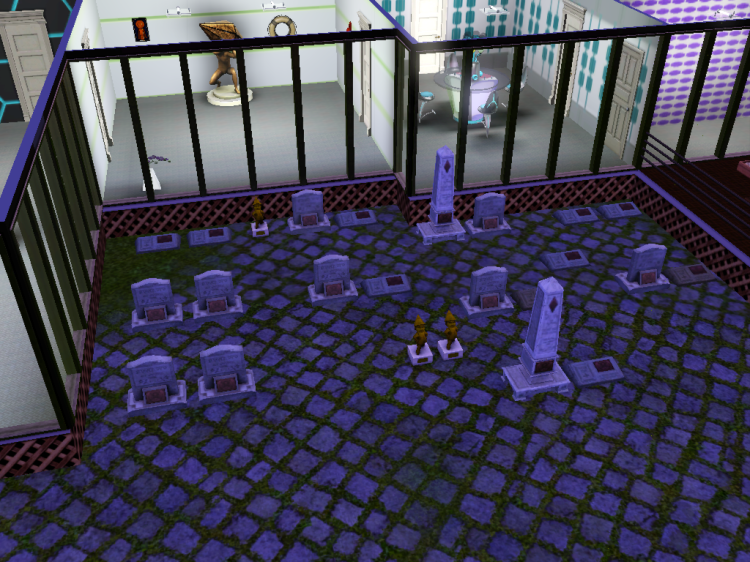 All there. I’m going to just keep them there for now. : / Welcome to the wild and wonderful world of an ISBI with a toddler. I was surprised to see that Laurel was actually a very attentive parent, taking care of Rubidium’s needs.

Oh Laurel… you had me hook line and sinker, didn’t you? I’ve played ahead of this; I know what’s coming.

Krypton is out jogging for an opportunity or something, so let’s hope that the baby’s getting taken care of. Although I doubt that Laurel could be neglectful enough while he was jogging that the social worker would come to take them away.

That face. Tell me that is not the sweetest.

Laurel then has an issue getting to the easel.

Laurel: She’s in the way!

Maybe if you hadn’t put her there?

This issue works itself out. Laurel completed the one before and starts a new painting. Kind of sad that she’s probably not going to get enough LTH points that I can change her LTW to something she can do. But I need to learn that I shouldn’t expect too much of my spouses in this. Rubidium: *trying not to look* D: Just finish my bottle… finish the bottle so I can move…

Rubidium: Or play with Lucky.

Pretty sure that’s its name.

Laurel: Our daughter is strange.

Krypton: I’m too tired for this. 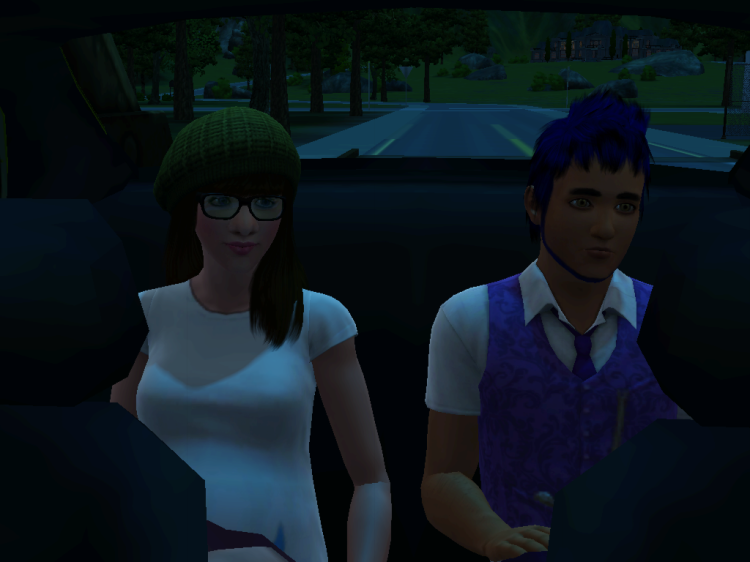 Laurel is taken to the hospital so Ruby won’t be scarred for life.

I apparently have no pictures of the babysitter. Anyway, it’s a boy, and his name is Strontium! Strontium is athletic and perceptive. His favorite color is aqua, so together with Rubidium they can throw some wicked Miami Dolphins parties. : P

More painting. Laurel is trying to single-handedly disprove everything I’ve seen of sims on autonomy not being able to finish paintings.

Laurel: Hey St… Str… there’s no way I’m turning a name like Strontium into something that sounds normal, is there?

I’m going to need to stop taking pictures every time she paints, aren’t I?

But then I think my chapters would be half as long. : /

Strontium grew up! He also got the nose, but he has Laurel’s hair as well. Not sure about anything else. Pretty sure he’s not a face clone of his sister, though. : /

Strontium with his makeover.

Hush, I have to see how your personality is too.

You can tell because Krypton looks so excited.

Ruby grew up and is now a grumpy, absent-minded slob. She’s also a cutie, and has inherited her mother’s ears. … didn’t she grow up during full moon last time, too?

Rubidium: Yes. You have a problem with that?

Ruby gets her own room so she won’t be bothered by Strontium if he screams. I remembered you could set their beds without sending them to them after I’d already used Ruby’s command. I’m being honest here. : P

Anyway, I found this scorecard that’s used for Goth-Sanity (which is awesome) and I like it better for my ISBI so I’m switching to using something that’s based on it.

One thought on “Toddler Placement Problems”